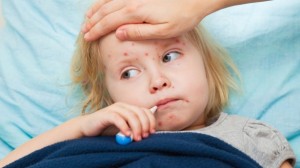 Measles is a highly contagious viral respiratory disease that remains a leading childhood killer in parts of the world. The measles vaccine prevents measles but also provides benefits to protect against patients getting “immune amnesia” that happens when measles damages a patient’s immune system. A new study, based on decades of childhood health data from the United States, Denmark, England and Wales shows that measles can destroy cells in the immune system leaving microbes that remember how to fend off diseases forgetting how to do it for up to 28 months. So children who contracted measles were more likely to die from other infections due to the long-lasting depletion of immune memory cells caused by the virus. It is also thought that in highly developed country before the measles vaccine was available that measles may have been the reason behind over 50 percent of all childhood infectious disease deaths.

Measles was declared eliminated in the United States in 2000, but increasing numbers of cases have been reported in recent years as more people remain unvaccinated for host of unnecessary reasons. Last year’s 668 U.S. measles cases were the most since 1994, the Centers for Disease Control and Prevention said.

Not Getting Vaccinated Endangers Your Child and the Population At Whole

This new study once again shows the importance of preserving high levels of measles vaccine coverage throughout the world and in the United States, not just to stop measles but many other infectious diseases who can get an open door when the measles vaccine isn’t given. The study showed that getting a measles vaccination lowered childhood deaths like pneumonia, sepsis, bronchitis, bronchiolitis and diarrheal diseases. The World Health Organization released that the measles vaccine resulted in a 75 percent decrease in measles deaths from 2000-2013 globally, but that there were still around 145,000 measles deaths in 2013.