Allergy Problems? – Try Some of These Allergy Treatment Options To Get Some Relief! 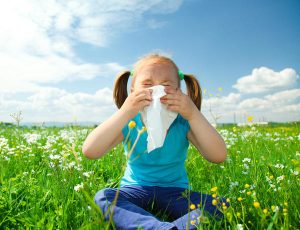 When the daffodils are blooming and the sunshine is radiant, allergy sufferers can be miserable. Luckily, the possible solutions for people with allergies have never been better! The following are some options to get a handle on your child’s allergies…

If you have some mild sneezing and a runny nose only after being outdoors on a heavy pollen day, it is probably not worth the expense, hassle or risk of a daily medication. Just dealing with it may be all that is necessary.

Saline nasal irrigation is one way that has been widely established as an easy and effective way to treat pollen allergies, hay fever, and symptoms of sinusitis, asthma and nasal congestion. Nasal rinses are a great way to remove allergens that have already found their way into the nasal passages. It is a good idea to do after being outside during allergy season. Use a neti pot (a small container with a long spout used to rinse the nasal cavities typically with a saline solution as an alternative therapy for upper respiratory ailments) or a squeeze bottle. Individual packets to mix with water are available. It is best to use boiled water or distilled water for this procedure.

Allergies are triggered by allergens, if there is no exposure, there will be no symptoms. It is easy to follow pollen count on the TV or the internet. So on the days you see the pollen is high in your area, close your windows and use the air conditioning, when driving in the car keep the windows rolled up. Tell the children not to roll in the grass that day. And when the children come in from outdoors have them change clothes and get a shower.

Nasal steroid sprays are medicines that are commonly used to treat symptoms of stuffiness or congestion in the nose. They are used most often for allergies such as hay fever. They are also used for other causes of persistent inflammation of the nose (rhinitis). It sometimes take a few days for them to start working, these medicines have been shown to work better than oral antihistamines, as they do a better job reducing overall inflammation. Flonase, Rhinocort, and Nasacort are now available over the counter.

Antihistamine eye drops provide eye itch relief within minutes that lasts up to 12 hours. Provides long-lasting relief of itchy eyes due to ragweed, pollen, grass, animal hair and dander. If for some reason itchy, watery eyes are the only symptom after using some of the treatments above, eye drops can be a great choice. There are several options available over the counter, Zaditor is a great one which works almost as well as the prescription only alternative.

Immunotherapy is treatment to stimulate or restore the ability of the immune (defense) system to fight infection and disease. It is thus any form of treatment that uses the body’s natural abilities that constitute the immune system to fight infection and disease or to protect the body from some of the side effects of treatment. This is essentially re-training your immune system to stop over-reacting to certain allergens. In people with allergies, starting with very small doses and gradually increasing the exposure can teach the immune system to stop overreacting and correct the root of the problem. All of this is done under the supervision of an allergist. Immunotherapy is expensive and requires frequent office visits, but it can be very effective and even life changing for some people. Until very recently immunotherapy was synonymous with shots, but in 2014 the FDA approved the first oral immunotherapy medication.

There are of course other options but the ones discussed are the big ones most of which can be obtained over the counter and some combinations of which will be enough to make allergy symptoms tolerable for the majority of kids.