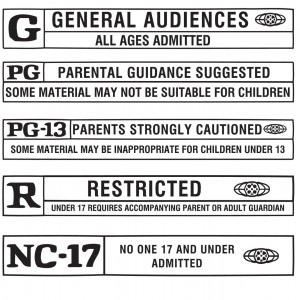 When movies were originally designated the PG-13 rating, the amount of gun violence was similar to a G and PG film. Now, they often have more shootings than an R-rated movie. This is alarming for families as they can no longer depend on the PG-13 movie rating to have small amounts of violent content.

Gun Violence Has Tripled, But Sex Stays Out of PG-13 Movies

According to a study produced by the University of Pennsylvania’s Annenberg Public Policy Center in Philadelphia, the amount of gun violence in PG-13 movies has tripled since the rating came into being in 1985. Researchers conducting the survey, watched over 900 movies. All movies were sampled from the top 30 top-grossing films from 1950-2012. Researchers tracked every time there was a gun involved and/or fired. The results show: gun –related violence was consistent in R-rated movies, had a slight decrease in G and PG movies, and an increase in PG-13 movies. The results show that PG-13 movies went from less than one shooting sequence per hour in earlier movies to almost three per hour in later movies. The Motion Picture Association of America (MPAA) continues to be strict about keeping sex out movies with a PG-13 rating.

What Is the Motivation for More Violent Movies?

It is not entirely clear why there has been an increase in violence for PG-13 movies, but adding violence attracts a larger percentage of the youth audience, and in return makes more money for filmmakers. Parents against more violence state that we have a problem in America with gun violence. Those on the other side say that youth violence is at its lowest level in 40 years. It’s also known that linking violence in movies to youth violence isn’t as clear as the links between on-screen and real-life smoking and drinking.

This Is Where Parenting Comes In!

Get informed to the best of your knowledge about the movies your kids are going to see. Get involved in their lives at a “healthy level” so you can help them process new ideas that are presented to them in movies, music, and television. If a new not-so positive behavior pops up, try to figure out where that is coming from. Be open and truthful and prepare your children the best you can for their late teens and adulthood where they WILL be barraged by new things and not-so positive behaviors every day.